We are so proud to be partnering with Malala Fund to help empower people around the world, and raise awareness for girls’ education. By doing so our goal is to help the incredible Malala Yousafzai in her quest to break down barriers to girls’ education around the globe.

Malala and her father, Ziauddin Yousafzai founded Malala Fund back in 2013 to champion every girl’s right to 12 years of free, safe, quality education. Keep reading to learn how Malala began her fight for girls — from an education activist in Pakistan to the youngest Nobel Peace Prize laureate — and how she continues her campaign through Malala Fund, in her own words below.

Welcoming a baby girl is not always cause for celebration in Pakistan — but my father, Ziauddin Yousafzai, was determined to give me every opportunity a boy would have.

My father was a teacher and ran a girls’ school in our village.

I loved school. But everything changed when the Taliban took control of our town in Swat Valley. The extremists banned many things — like owning a television and playing music — and enforced harsh punishments for those who defied their orders. And they said girls could no longer go to school.

In January 2008 when I was just 11 years old, I said goodbye to my classmates, not knowing when — if ever — I would see them again.

I spoke out publicly on behalf of girls and our right to learn. And this made me a target.

In October 2012, on my way home from school, a masked gunman boarded my school bus and asked, “Who is Malala?” He shot me on the left side of my head.

I woke up 10 days later in a hospital in Birmingham, England. The doctors and nurses told me about the attack — and that people around the world were praying for my recovery.

After months of surgeries and rehabilitation, I joined my family in our new home in the U.K.

It was then I knew I had a choice: I could live a quiet life or I could make the most of this new life I had been given. I determined to continue my fight until every girl could go to school.

With my father, who has always been my ally and inspiration, I established Malala Fund, a charity dedicated to giving every girl an opportunity to achieve a future she chooses. In recognition of our work, I received the Nobel Peace Prize in December 2014 and became the youngest-ever Nobel laureate. 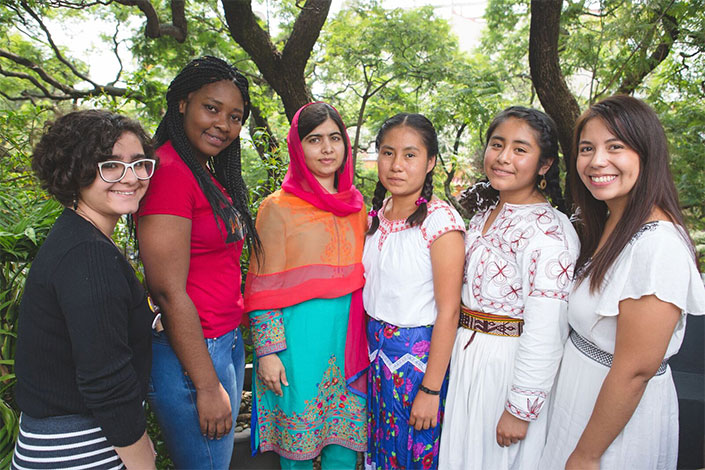 I began studying Philosophy, Politics and Economics at the University of Oxford.

And every day I fight to ensure all girls receive 12 years of free, safe, quality education.

I travel to many countries to meet girls fighting poverty, wars, child marriage and gender discrimination to go to school. Malala Fund is working so that their stories, like mine, can be heard around the world.

We invest in developing country educators and activists, like my father, through Malala Fund’s Education Champion Network. And we hold leaders accountable for their promises to girls. 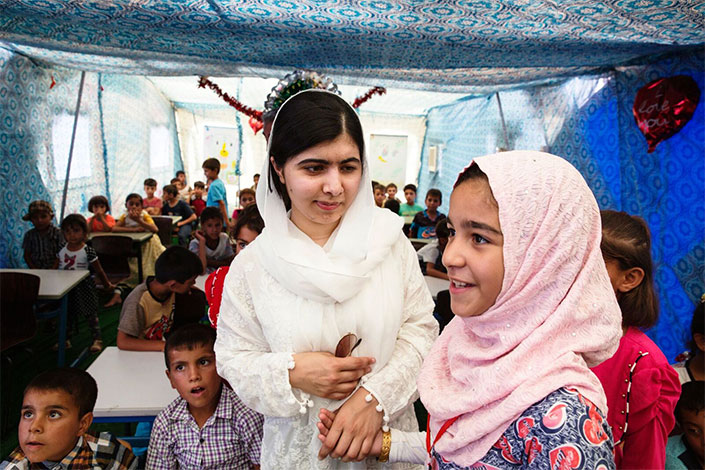 I graduated from Oxford University!

I will always treasure my time at Lady Margaret Hall — the lectures, club meetings, balls and late nights (some spent finishing papers, some just chatting with friends in the dorm). Although a global pandemic meant I spent my final months as a university student in my parents’ house, I’m grateful that I was able to complete my education. After taking time to relax, I am more dedicated than ever to my fight for girls.

With more than 130 million girls out of school today, there is more work to be done. I hope you will join my fight for education and equality. Together, we can create a world where all girls can learn and lead.

You too can join Malala’s fight to see every girl in school. Visit https://malala.org/join to learn more.

Malala Fund is working for a world where all girls can learn and lead. Malala Fund advocates for resources and policy changes needed to give all girls a secondary education, invests in local education leaders and amplifies the voices of girls fighting for change. Learn more at malala.org.

Write Your Tomorrow with Kristina

Win a Mentorship with Kristina

Are you starting Uni this year? Or heading back fo

Prepare yourself for a successful year with the pe

There are so many different styles of Notebooks an

To tackle a busy start to the year, @makethebed_ i

Is lunch the best part of your day? If it's not, s

The smallest gestures can mean so much! Let them k

We love stationery and accessories so much they've

@shellysnudelife is using our Wedding Organiser to